Our Unhealthy Obsession with Speed 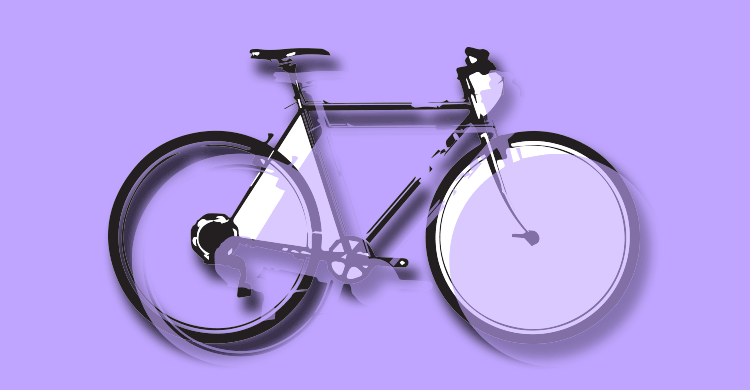 You might think you don’t have an obsession with speed, but you do.

And we all go too fast for our own good.

On my sixth birthday, I received a new bike. I was finally able to go as fast as the big kids. Hardly able to contain my excitement, I put on my shoes and helmet and hit the racetrack – our neighbor’s circular driveway.

Kids have mighty imaginations. It only took me a few laps to pass all of my pretend competitors. But my fictional lead wasn’t enough. So I pedaled faster and pulled tighter while leaning my weight into the turns.

And then I hit a gravel patch, which was soon followed by a trip to the emergency room.

Despite the scars we collect, most of us seem content to never acknowledge that speed is often the source of our troubles.

“Americans will put up with anything provided it doesn’t block traffic.”
― Dan Rather

Why do we get so angry when we’re forced to go slow? Is it the simple fact that it’s fun to go fast? We love our motorcycles, speedboats, and supercars. Perhaps some of it comes from genetic programming—lingering remnants from when our ancestors had to constantly be on the lookout for predators in the natural world.

We learn early in life that the quicker we start and the faster we move, the sooner we’ll finish and be able to hop onto the next big thing. And everyone around us is rushing, so don’t ever stop or else be left in the dust.

This obsession with speed has undoubtedly been amplified by the coming of the digital age. We even go as far as creating countless stupid acronyms to save precious seconds while talking to one another.

Modern businesses have successfully convinced themselves they must prioritize pace, and if needed, everything else can be adjusted with a few simple clicks of the mouse. Interestingly, that digitally-oriented mentality has spilled into all parts of industry.

But that type of thinking is flawed. Speed should not be the highest priority.

Having an obsession with speed is dangerous.

Alongside hubris and flawed processes, people’s quest to be fastest covertly steers them towards reckless abandon. There is a steadfast refusal to amend errors by stepping back or slowing down.

Instead, compensating via acceleration is standard practice. Even the most rational give in—their sensibility is drowned out by that little voice chanting ‘go go go.’

In business, we see this expressed through a variety of questionable behaviors.

“Moving first is a tactic, not a goal.”
― Peter Thiel, Zero to One: Notes on Startups, or How to Build the Future

Reckless roads may be smooth initially, yet rough patches always lie ahead.

They might manifest as new employees who are poorly trained or a blip with the latest round of testing. Stretches of potholes disguised as mixes of production hiccups, logistical errors, and supply chain issues can appear without warning. The resulting damage promises a shrinking revenue base, while other headwinds erode operational efficiencies and compress margins. Mountains of debt impair cash flows and lead to liquidity issues, followed by solvency crisis and finally death.

That may sound extreme, but breakneck tactics don’t just make for rough riding; they lead to cliffs. Heedless businesses become so intently focused on how fast the ground beneath them passes, they never look up to see they are heading off the edge.

Reasoning can become fuzzy after a few wipeouts. It’s easy to allow thoughts to narrow between considering quitting the race or picking up and pedaling even faster.

But we can’t stop moving entirely. In both nature and business, sitting still frequently ends with staring down a hungry predator. And whether driven by the fear of being eaten or the fear of missing out, relentlessly pushing ahead only guarantees continually crashing through life.

“Rushing in the wrong direction gets you nowhere. The world is not breathlessly awaiting your poorly conceived product.”
― Alan Cooper

There is a way to escape from further injury.

We can eliminate our obsession with speed by focusing more on the direction we’re heading.

But where do we steer? I’ll be covering that question in later articles by heading back in time to explore the philosophies, mental models, and processes used by history’s greatest thinkers.

Until then, slow down. And don’t forget your helmet.

Sign up for my newsletter covering business analysis, valuation, and more!